The Richmond Fisher House was a gift to the Veteran’s Administration through the generosity of Fisher House Foundation. It serves as a home away from home for the families of veterans receiving care at the Hunter Holmes McGuire VA Medical Center. Located on the Medical Center campus, the home is 16,800 square-feet in size and consists of between 21 suites with private bedrooms and baths. Families share a common kitchen, laundry facilities, spacious dining room and an inviting living room with a library and toys for children. Fisher House Foundation ensures that there is no fee to stay in a Fisher House.


Stories from some of our guests 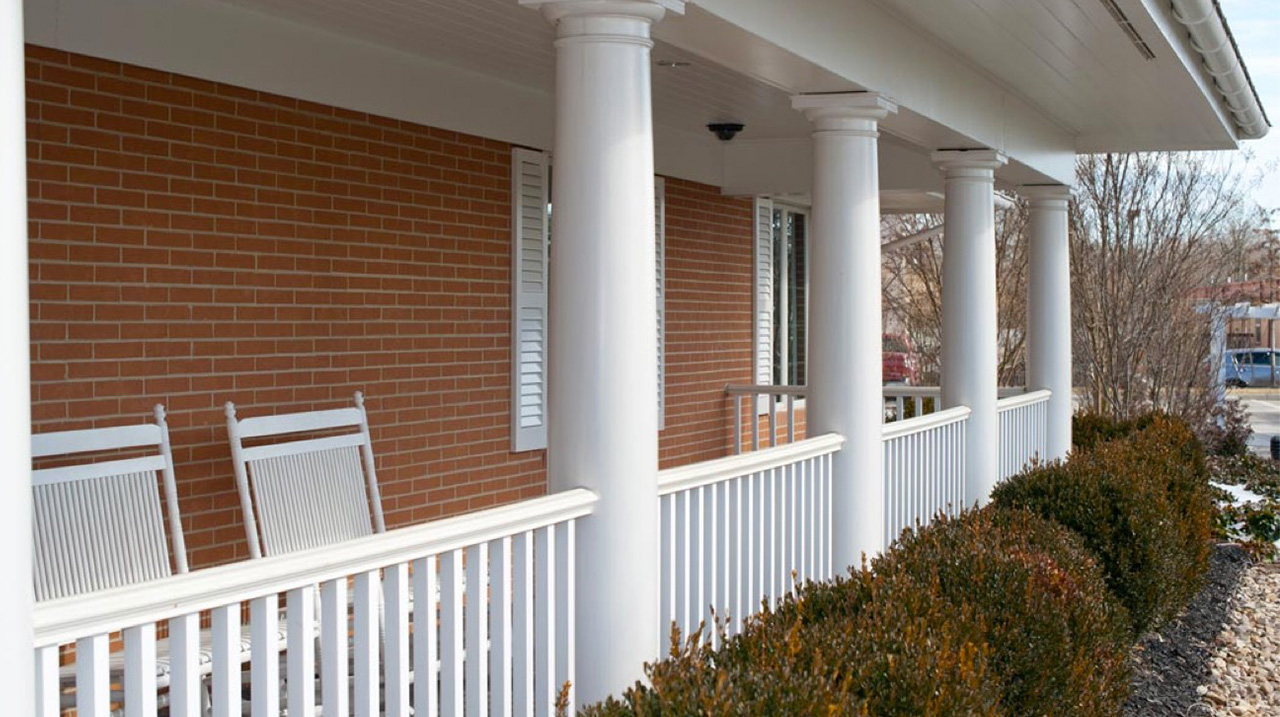 How Our Dollars Are Spent

Since its inception, the Fisher House program has saved military and veteran families an estimated $165 million in out of pocket costs for lodging and transportation.

The Foundation provides financial support for facility upkeep when Department of VA funding is not available or cannot be earmarked.

The Foundation provides direct support to families on an as needed basis such as gift cards, transportation and bed linens.

The Foundation supports direct cost of fundraising such as thank you notes, gift receipts and stationery. 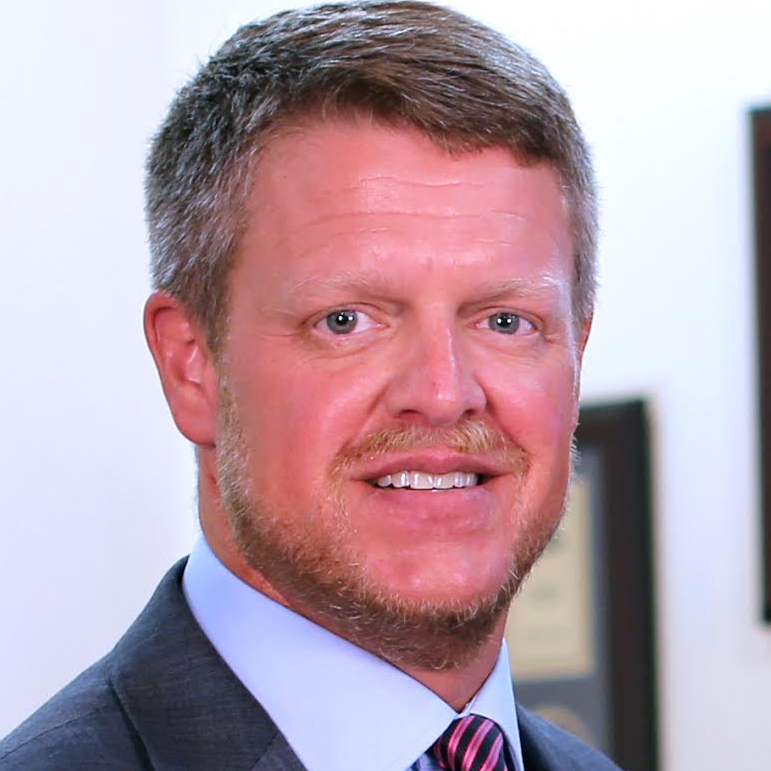 Mr. Jamison is an investment executive and entrepreneur, as well as an author and philanthropist. He is a Co-Founder & Operating Partner at JM Legacy Partners, having spent the past 15 years as an investment professional in Charlottesville, VA. Mr. Jamison is an Angel Investor with the Charlottesville Angel Network, and has published finance articles as a Contributor for Forbes Investing and Seeking Alpha.

​Compelled to serve in the wake of 9/11, Mr. Jamison joined the Marine Corps. In 2003, he represented Team USA for the International Military Pentathlon in Europe. Following his training as a Counterintelligence Officer, Mr. Jamison commanded Human Intelligence Exploitation Teams (HETs) during combat operations in Al Qaim and Fallujah, Iraq. After the Marines, he participated in the U.S. Intelligence Community’s global efforts to disrupt terrorism financing.

Mr. Jamison speaks and writes about his wartime experience – he has been a keynote speaker at venues across central Virginia and Georgia, and has published over 20 articles as a Contributor for TIME Magazine, The Daily Beast, The Richmond Times-Dispatch, The Daily Progress, and elsewhere. He is the Co-Founder and Chairman of Warrior Healing Campaign, and recently summited Mt. Kilimanjaro as a member of The Chris Long Foundation’s Waterboys team.

A native of Atlanta, Mr. Jamison graduated from the University of Virginia’s McIntire School of Commerce, and remains a regular fixture (alongside his two orange-clad children) at most Wahoo sporting events.

Adam S. Lee is Dominion Energy’s vice president and chief security officer. He directs the development and implementation of corporate security strategy and policies which protect the company’s physical and cyber assets, valued at $100 billion and spanning 18 states. He is Dominion Energy’s security and intelligence liaison with the U.S. government and federal, state, and local law enforcement agencies. Lee joined the company in this role in 2018. In addition to his responsibilities as CSO, Lee serves as Dominion Energy’s executive leader over its Veteran Resource Group.

Before joining Dominion Energy, Lee served as Special Agent in Charge of the Federal Bureau of Investigation’s Richmond Division. In 2018, he retired from the FBI after a career spanning 22 years in counter-terrorism, counter-intelligence, and cyber investigations and operations, in addition to specializing in cases involving corruption of elected and appointed officials, the Foreign Corrupt Practices Act, and antitrust violations. Lee previously served as the FBI’s executive over its national Public Corruption Program, overseeing the FBI’s most sensitive criminal investigations involving elected and appointed officials across the spectrum of government.

Hilbert W. “Bret”  Wilkinson III is a CPA with Joyner, Kirkham, Keel & Robertson P.C., an accounting firm in Richmond, Virginia. He is a 1994 graduate of the Virginia Military Institute and is a 2003 graduate of Virginia Commonwealth University. Mr. Wilkinson is the former Central Virginia Regional Director for the VMI Alumni Association and the former President of the VMI Club of Richmond. He is a member of the American Institute of Certified Public Accountants and Virginia Society of Certified Public Accountants. He lives in Glen Allen with his wife and three children. 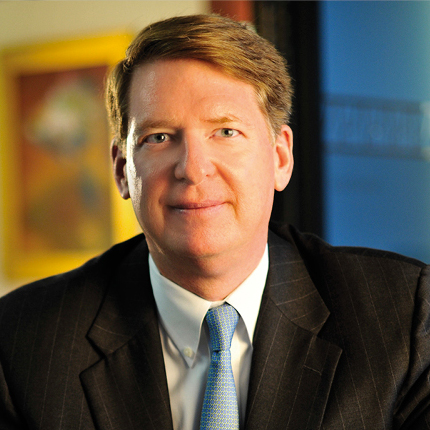 Mr. Cosby is a partner with O’Hagan Meyer, PLLC, a national law firm. He is a graduate of the Virginia Military Institute, and the University of Richmond School of Law. Mr. Cosby was commissioned a Reserve Officer in the U. S. Army, and has served in various assignments in the active reserve. Mr. Cosby has served on the Board of Directors of the University of Richmond Law School Association, and as an Adjunct Professor of Law. He has held leadership positions with the Bar Association of the City of Richmond, the John Marshall American Inn of Court, and the Greater Richmond Chamber. Mr. Cosby is a graduate of Leadership Metro Richmond.

Jeffrey L. Keister is a Vice President for Marketing at Dominion Energy. He is a graduate of Fairmont State University and has been in the energy industry for 36 years. He lives in Hanover County with his wife. He has two daughters and two grandsons. 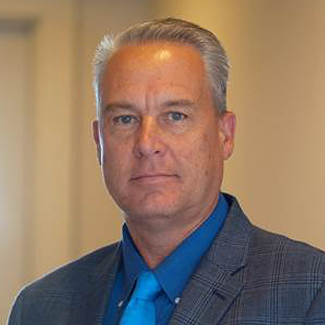 Mr. Walker was selected as the Richmond Fisher House Manager in July, 2007. Born on Seymour Johnson Air Force Base, Goldsboro, North Carolina, he grew up traveling the world as a member of an Air Force family. Mr. Walker entered the United States Army as a Combat Engineer in 1983, where he attended Basic Training and Advance Individual Training at Fort Leonard Wood, Missouri. During an outstanding military career that spanned more than 25 years, he served our nation in virtually every non-commissioned leadership position available, retiring as a Battalion Command Sergeant Major. Mr. Walker brought his U.S. Army Corps of Engineers engineering experiences to Richmond by playing a vital role in the building of the Richmond Fisher House, acting as the contract representative prior to its dedication in July 2008. His education and senior leadership training experiences have prepared him well for the critical role as manager and chief overseer of the home. Mr. Walker earned an Associate Degree from Central Texas College in 1994, a Bachelor of Individualized Studies from Virginia State University in 2001, and a Master of Arts in Human Resource Development from Webster University in 2004. He enjoys assisting families, spending time with his family, L.C. Bird High School football and restoring his ‘55 Chevy.

Mr. McDonald is a native of the great state of Arkansas. At a young age he joined the U.S. Army where he served his country in Germany and at Fort Eustis, Virginia as a Human Resource Specialist. After his years on active duty, Mac continued to serve his country in the Army Reserve. Mac has been a distinguish member of the Department of Veterans Affairs team for more than 30 years and has been an integral part of the Fisher House Program as a Program Support Assistant since its opening in 2008. He is a member of the Richmond Virginia Toast Masters and has served as the President of the local Chapter. He enjoys reading, learning about different cultures, fine foods and traveling. Mac truly enjoys supporting Veterans and the mission of the Fisher House program.